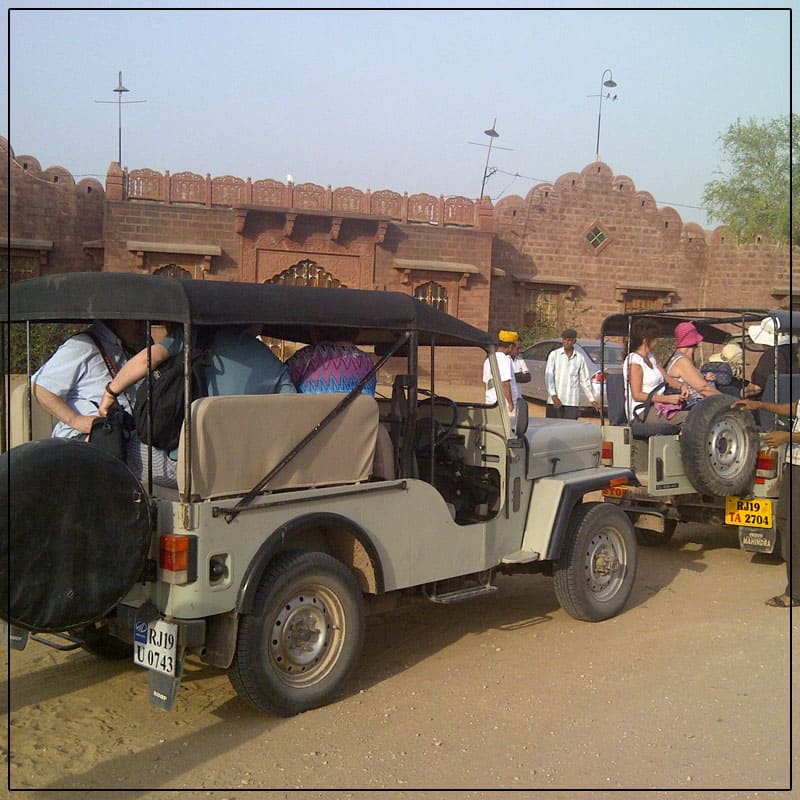 Driving in country jeeps through a mix of soft sand of desert dune and rough and rocky terrain of thar desert give you an ultimate trill and sence of advanture along with a chance to see the varied wild life of the desert. Going down a steep sides of dune makes even the bravest hold there breath. and can give run for there money to any dune bashing done around the world. sunset from the very top of a dune make the world feel so small around you and cool night air make its a memorable experiance to remember.

Coming all the way to the great Thar desert and going back without a camel ride? Imagine that. At Rawla Osian , Guests are wlcome to a ride on the back of the desert’s most famous and iconic inhabitant - The Ship of The Desert. Camel Safari give guests an opportunity to see the splendour of the Thar Desert from a little high-up. With help of the trained and veteran camel handelers we help guests take perch atop a sitting camel and soon after, the beasts rise up and walk while the accompanying tour guide shares folk stories and interesting facts about this part of the Thar. 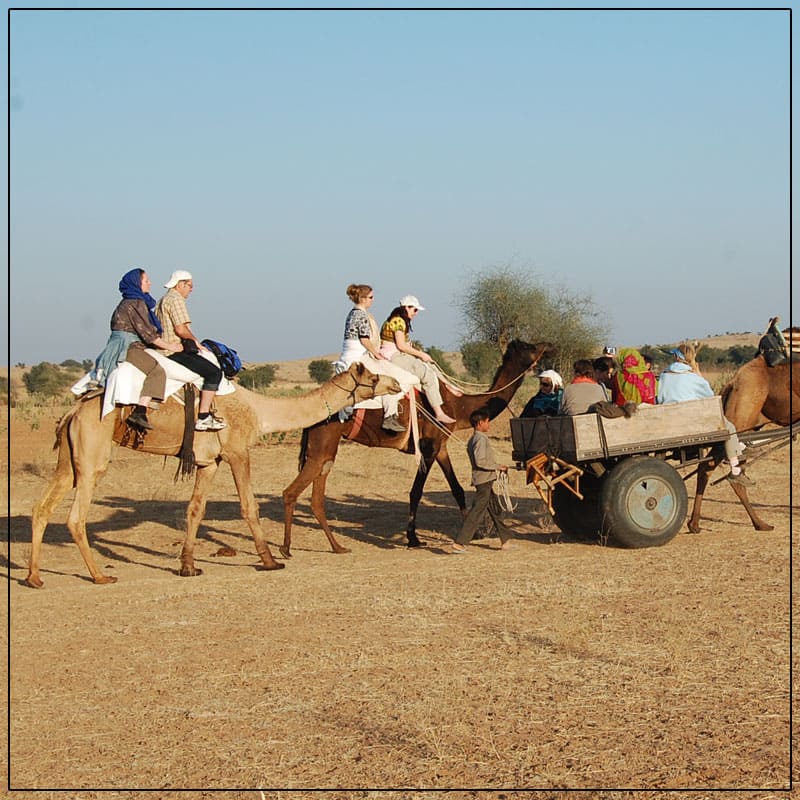 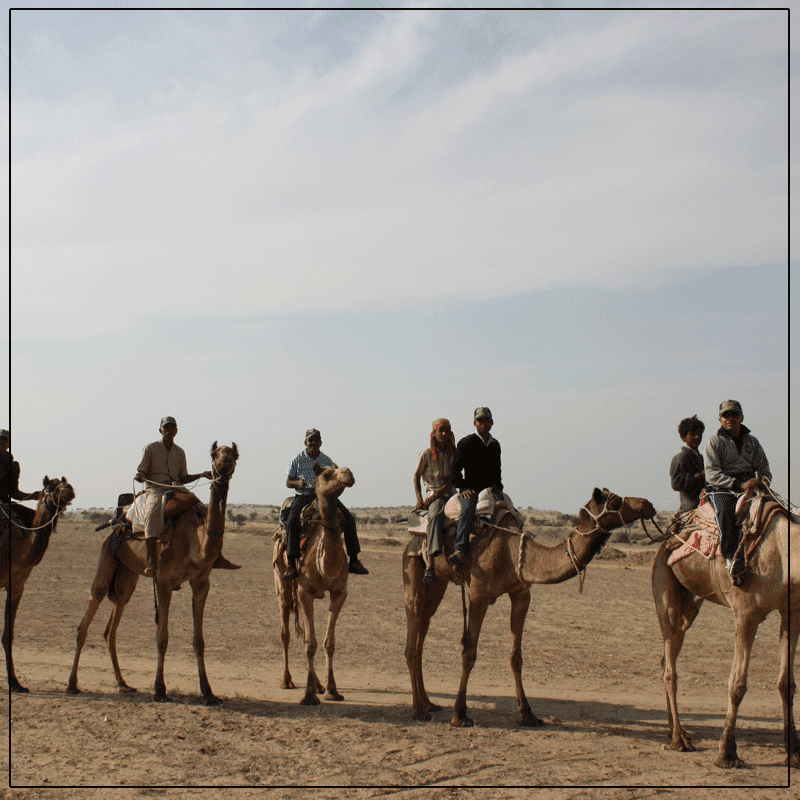 Dusty brown thar desert comes to life in small villages of Rajasthan were colorful turbans and bright color langa choli with Bandani laharyia dupata make life so bright and shiny. Your journey is never complet if you miss going to these small dani and enjoy the endless hospitality and true meaning of अतिथिदेवो भव meaning Atithi Devo Bhava - Guests are Gods!!!

The tough life of the Osian desert is well adapted by one the most beautiful antelope of India the blackbuck, also known as the Indian antelope. When born all the antelopes are brown in colour but as they grow the male change the colour of their coat and become shiny black. It's protected under the wildlife act and roam freely in the wilderness of the desert giving motion to the slow life of the desert.

Bishnoi the sect was founded by Guru Jambheshwar after wars between muslim invaders and local hindus. He had laid down 29 principles which were to be followed by the sect. The name Bishnoi is formed by joining two words Bish which means twenty and noi which means Nine, hence Bishnoi. Killing animals and cutting trees were banned. Before his death, he has stated that the black buck was his manifestation after death and should be conserved along with The Khejri tree, both are now considered sacred by the Bishnois. Till date they follow the laws religiously and Bishnoi villages provide safe havens for hundreds of these magnificent animals.

In Rajasthan Atithi Devo Bhava comes to life in a very different form "Demoiselle Cranes of Khichan" called kurja by the locals, every year thousands of birds visit the small village of khichan which provides feeding grounds to the world’s smallest crane and make it home for winters. This has become possible due to the efforts of two men: Ratanlal Maloo, who began feeding the birds and Servaram Malli Parihar, an activist who has helped to save the birds from the dangers of electricity. Every year thousands of tourists visit the village and are amazed by the sheer number birds and the effort the simple villagers to keep them safe. 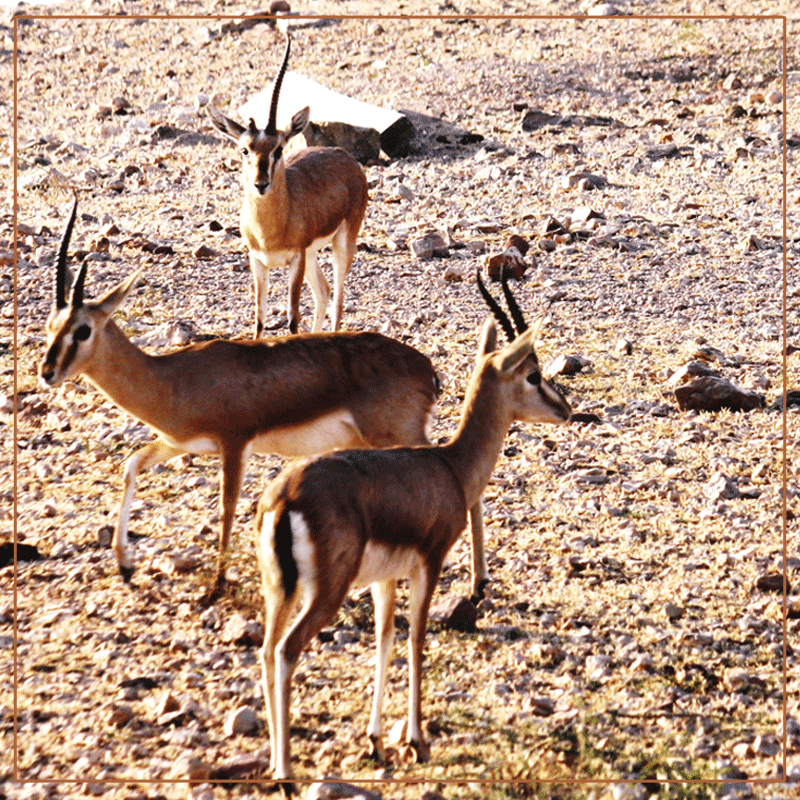 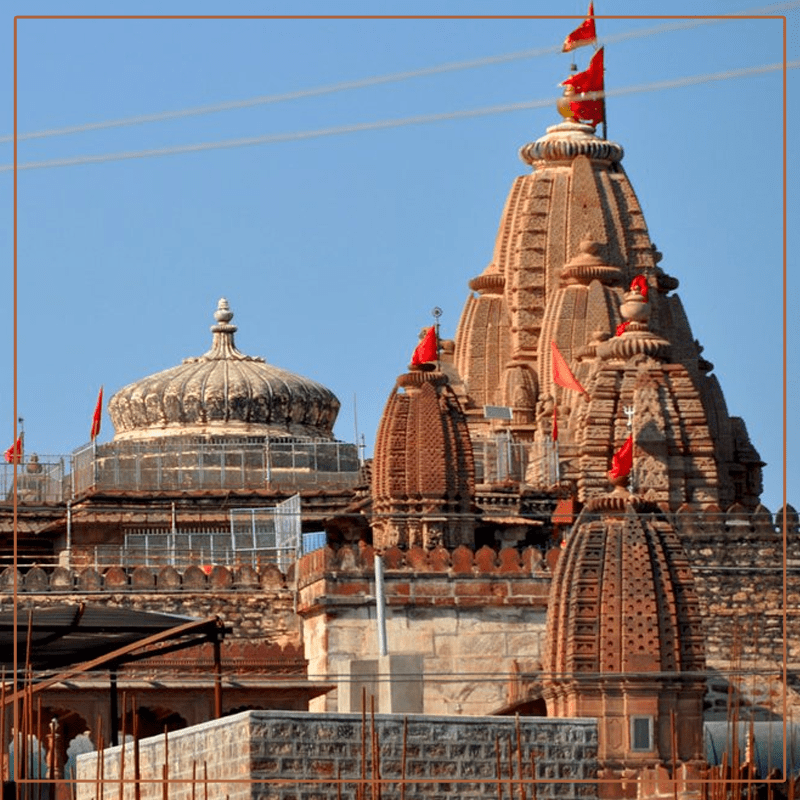 Osian is a historic town with lot of history as famous town on the silk route and has been home to both Hindu’s and Jain’s for centuries. Hence, it’s no surprise that Osian is called as "Khajuraho of Rajasthan" because of its beautiful temples of both Hindu and Jain religion. Main being the Mahavira temple, built here in A. D. 783 and The Sachiya Mata Temple also called Shri Osiya Mataji is Kuldevi of Oswals. The sun temple and the Katan Baori are also an ASI protected monuments. Apart from this there are many old ruins and old monuments in Osian making it the most sort after destination for people visiting Rajasthan for holidays 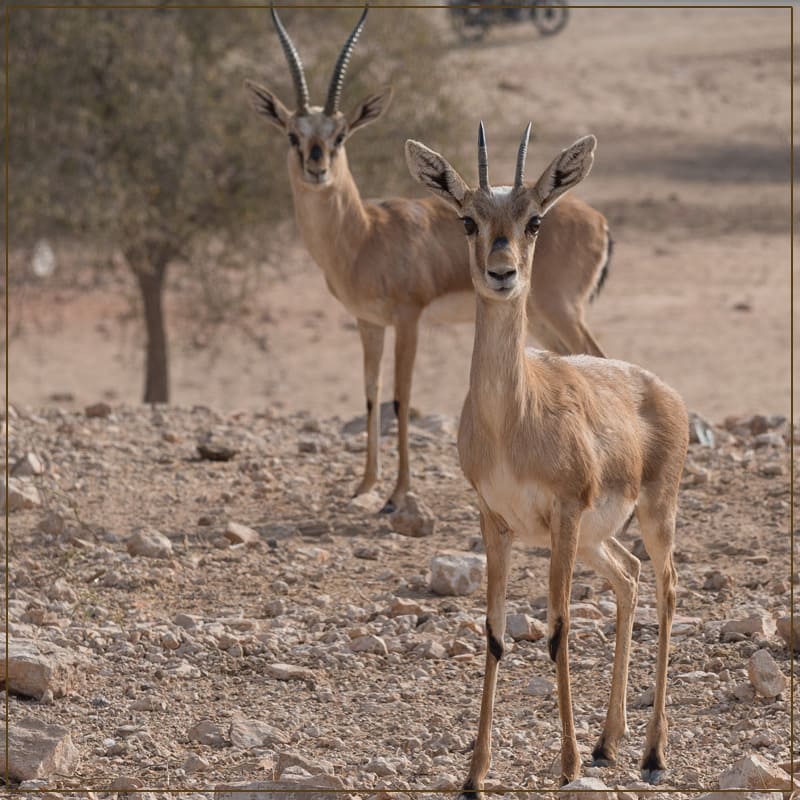 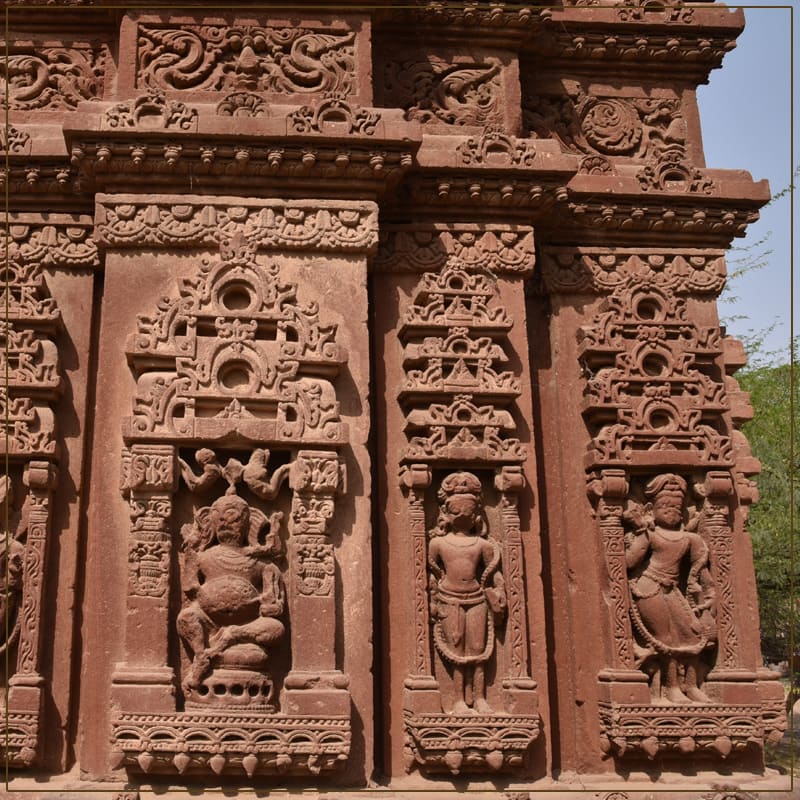 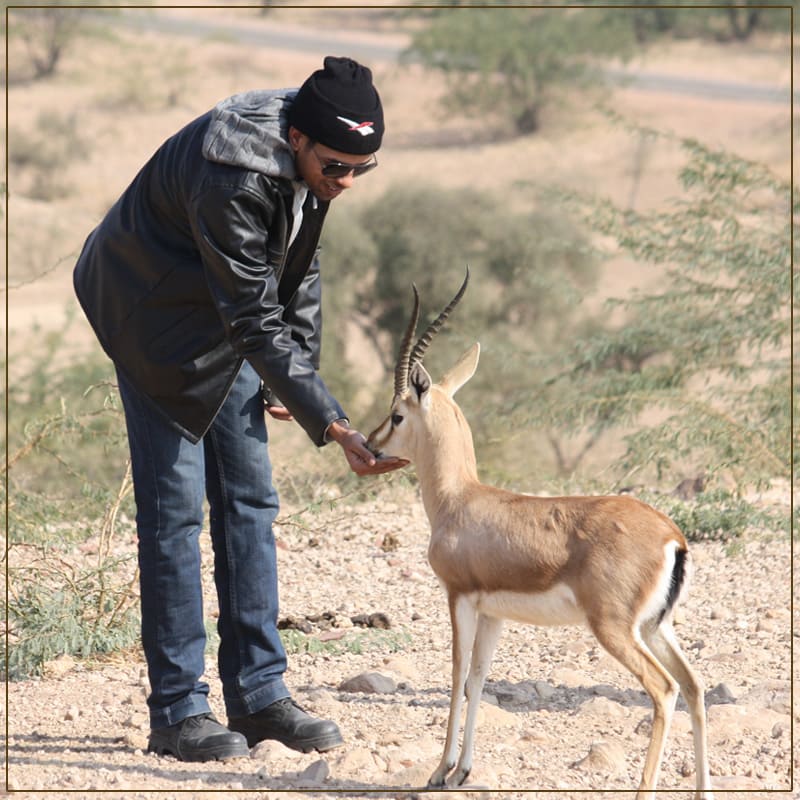 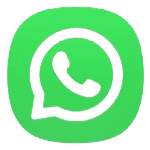